How to be a compelling speaker: creating applause and tricolon

In this blog post, I'm going to focus on one very powerful technique: tricolon. This is my absolute favorite of all the rhetorical devices. It’s almost magical how well it works – in fact, it’s closely related to something called an applause trigger that I’ll come to later. Tricolon has been used by almost all the major political orators of the last 50 years as we’ll see.

At its simplest, tricolon is a three-part list. Here’s an example: 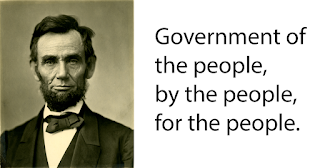 Tricolon is literally just a list of three phrases with similar grammatical and word structure. Here’s another example:

We can help all peoples to see it, to draw hope from it, and to move irresistibly toward it.
-John F Kennedy

Putting your points in a list of three seems to elevate your argument and make it much more memorable. Three-part lists are everywhere for a reason. In western cultures, three seems to have a magnetic effect – for example, we give gold, silver and bronze medals; we say snap, crackle, and pop; and we learn of life, liberty, and the pursuit of happiness. In fact, tricolon is so powerful, sometimes speakers even add ideas to lists to make three-part lists, or chop down lists of four to three.

Orators have figured out that by using three-part lists (tricolon) and managing their voice and gestures, they can sometimes trigger an audience to applaud. That’s what’s called an applause trigger. There are a handful of rhetorical techniques known to be applause triggers including tricolon, puzzle-solution, and two-part contrasts [Atkinson, Heritage]. It’s extremely hard to pull off an applause trigger and not every tricolon can work as a trigger, but it can be taught. A few years ago, I was at a talk on analytics and the topic turned to Microsoft PowerPoint. The speaker introduced his speech coach to make a point. The point was anodyne, but the speech coach phrased it as a tricolon, He increased the intensity of his voice to reach a crescendo on the last of his three points and the audience burst into a strong round of applause as soon as he made his last point. I knew of this technique at the time and I spotted what he was doing as he was doing it; it was really impressive to see him deliver his lines and get the applause he was looking for. Stop for a minute and think about this, a speaker got a strong round of applause by talking about PowerPoint. Do you think you could be trained to do something similar?

I know my audience for these blog posts is well-educated, intelligent, and perceptive. I’m sure you’re thinking, ‘how could something so straightforward and so simple and so easy work so well’? Because your doubt is valid, we’re going to do an exercise.

Barack Obama’s speech to the 2004 Democratic National Convention ignited his presidential campaign. In the extract below, I’ve outlined the tricolon and you can listen to the audience's response. Watch the YouTube video and read the extract below - I've structured the text to highlight the tricolon.

When we send our young men and women into harm's way, we have a solemn obligation
and to never ever go to war without enough troops to
Listen to how Obama uses his voice as he goes through his tricolons. He manages to build up the audience reaction so they applaud at the end of his list. He clearly signals to the audience when it's time to applaud by his use of tricolon and his voice.

Of course, Barack Obama used this speech to propel him from senator, to candidate, to President.

My final example is, in my view, one of the finest political orators of the twentieth century. She didn’t get this good by accident, she was intensively trained and coached – which is an interesting story all by itself. The speaker is Margaret Thatcher. The occasion is her party conference in 1980. Let’s hear a brief burst of her using tricolon (1:34 on the audio on this page).

This week has demonstrated that we are a party united in
And later on (27:24):

Soviet Marxism is
If you have time, I recommend you listen to some of Margaret Thatcher's speeches regardless of whether you agree or disagree wither her politics. She was a master of rhetorical set pieces and she knew how to use tricolon and other techniques to trigger applause.

It's very hard to deliver a tricolon in a way that triggers applause, but even if you don't use it that way, it's still very much worth your while using it. It makes your arguments sound much more compelling.

In your writing and presentations, you can use tricolon to link ideas together and build an argument. For example, if I were the CEO giving a speech to rally the company, my theme might be the need to perform better than the competition.  I could just say:

The competition exists to take our market from us, we need to perform better than them.

Or I could say:

The competition exists to take our market from us,
Which sounds better to you?

This blog post is one in a series of posts on practical rhetoric. Here's the series:
Posted by Mike Woodward at 6:00 AM