Know your rights: assignment of rights

Why assignment of rights matters

Let's imagine you're running a company that sells products or services to other companies (B2B). A big company wants to acquire you. They do their due diligence on your contracts to make sure they know what they're buying. They want all your contracts (customers) as part of the deal. What could possibly go wrong?

What could go very wrong is your contract terms, especially something called assignment of rights. In this blog post, I'm going to tell you what it is and what you should consider doing. 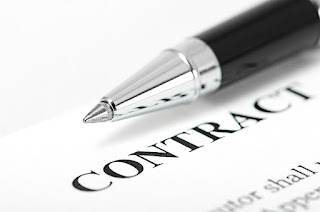 I am not a lawyer. Don't take legal advice from me. The goal of this blog entry is to inform you of a contractual term that's important for your business. Go and speak to a lawyer to find out more.

What is assignment of rights?

I'm going to simplify some things here. Let's say you're Company X and you're selling a product or service to Company Y. Who provides the service and who receives the money? In most cases, company X provides goods or services to Y and gets money from Y in return.  If something goes wrong, X and Y can sue each other. This is all very simple, and it's the basis of most contracts.

Let's look at two exceptions to this pattern:

Some businesses have rules about who performs contract work; they won't allow outsourcing. In the contracts they write, they create a contract section, usually headed "Assignment of rights". This section says words to the effect of 'you can't assign the performance of this contract to another entity'. What this means is, Company X has to perform the contract, not some other legal entity.

If Company X is bought by Company B, in most cases, things are OK, but there can be exceptions that can badly hurt Company X.

Most contracts have a section called something like "assignment of rights" that lays out the rules for who does the work and what happens in the case of a takeover.

What could go wrong?

Let's imagine the contract between X and Y states there can be no assignment of rights. X has to perform the contract.

Company X has a restructuring and wants to sell off a division to another company. Oops! It can sell off the division, but the contracts can't go with it. The new owners of the division will have to re-negotiate contracts, which could be disastrous. Customers now have the upper hand in any negotiation and can just say no. I can see some customers getting a nice discount to agree to the change.

Here's another wrinkle. What if Company X is bought by a competitor to one of its customers? It's in the customers' interest to stop this from happening, so they should forbid it in the contract. In practice, this might mean specific language in the contract allowing termination in this case.

The final example is usually the simplest: bankruptcy. Most contracts have provisions that deal with the bankruptcy of one or both parties.

The consequences of not setting up assignment correctly

All the failure modes I'm talking about (and a lot more) are well-known. There's a reason why lawyers are experts. There are reasons why you need to have a lawyer review your contracts.

Let's say you wanted to buy Company X. One of the first things you would do in your due diligence is check out the contracts, especially the assignment of rights section. You're looking for language that allows the rights of the contract to be assigned to another entity (usually using terms like "successor entity", "change of control", etc.). A major problem is the existence of language that forbids the assignment of rights in a takeover or that requires permission from other parties. If this language exists, the acquisition costs go up and it may drive down the acquisition price.

In the case of a change of control (takeover), customers can suddenly get a windfall, they have an opportunity to negotiate their contracts downwards. To put it simply, Company X comes to them saying "we've been bought by Company B, we need to change our contract with you", customers can say, "we don't want to change, but we'll agree to it if you give us a 20% discount".

What should you do?

Go see a lawyer. Make sure a lawyer draws up your contract using standard contract templates. This is especially important if you think your company might be acquired.

In big deals, there's a back-and-forth on contract terms. In most cases, the bigger company gets the contract terms they want. In the excitement of the deal, sometimes companies agree to things they shouldn't. It's the end of the year, it's a marquee customer, and it's a huge deal that takes the sales team over quota. In a case like this, the temptation to agree is enormous. Don't do it, or at least, do it knowing the consequences.

In general, all contracts should be reviewed. You need to be very sure what your contracts say, and what an acquirer may find in due diligence.

Posted by Mike Woodward at 6:07 PM No comments: