Introduction - why do I care about Florence Nightingale, data analyst?

I've used statistics and data visualizations for a long time now, and in the last few years, I've become increasingly interested in where the methods I use come from. Who were the founding figures of statistics and visualization? Why was their work important? How did their work influence the world? As I've looked back in time, I've found the data science creation stories more interesting than I thought. There were real people who struggled to achieve their goals and used early data science methods to do so. One of these pioneers was Florence Nightingale, more famous for founding modern nursing, but a key figure in analytics and data visualization. What she did and why she did it have clear lessons for analysts today. 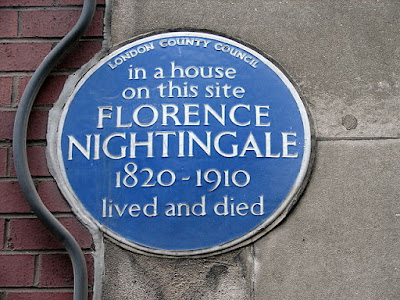 (Simon Harriyott from Uckfield, England, CC BY 2.0, via Wikimedia Commons)
Posted by Mike Woodward at 1:27 PM No comments: