Goodies and baddies: how a poor model of history lets us down

The wrong model to understand history

Some of my history teachers taught me the wrong model to understand history. To be fair to them, they were simplifying complex events for children. But as an adult, I've seen journalists use the same simple model to stoke outrage and twist the meaning of historical discussions.

I'm going to tell you what the broken model of history is, show you how a simple local legend blasts it apart, and how seductive and damaging the model can be.

The heroes or villains model

There's a lot of English history, a good deal of it is bloody, complex, and hard to understand. To simplify subtle stories for schoolchildren, books and teachers often boil down stories to a few core elements, reducing historical figures to stereotypical heroes or villains. Sometimes, this works well, for example, Hitler and Mussolini fall neatly into the villain category, but in most cases, it doesn't work at all as we'll see. Even worse, the heroes or villains model lends itself to a kind of uncritical patriotism: "Britons good, foreigners bad".

A good example of this simplification is Winston Churchill, who's often uncritically portrayed by the British press as a hero. Some writers consider any criticism of Churchill as unpatriotic and an attempt to portray him as a villain (hero or villain - no space for something else). My contention is, the hero or villain model is the wrong model to understand Churchill, or indeed any other historical figure.

Because the Churchill story is so charged, I'm going to use another historical example and try and apply the heroes or villains model to it. My story involves the English Civil War, regicide, death squads, and a local Massachusetts legend. 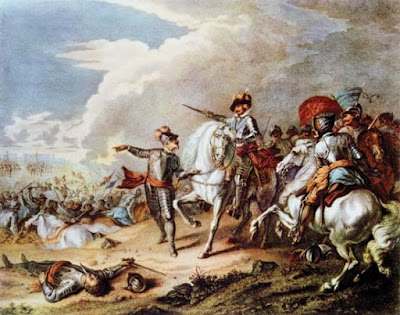 (The English Civil War - who were the heroes and who were the villains? Unknown author, Public domain, via Wikimedia Commons)

The regicides of Charles I of England

By the late 1630s, Charles I and Parliament were at loggerheads over who governed the country with money, power, and religion as the key issues. The disagreement broke into armed conflict starting in 1642 and the country fought a long and bloodthirsty civil war that the Parliamentary forces eventually won in 1648. 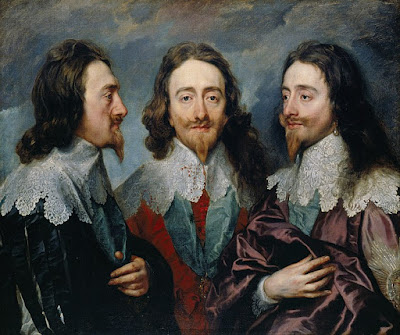 The victorious Parliamentarians put Charles I on trial for his life. Of course, the guilty verdict was obvious. In January 1649, 59 commissioners (judges) signed the death warrant for Charles I, who was executed soon after. These 59 commissioners became known as the regicides.

After Charles I's execution, the country became a republic, run by Oliver Cromwell who took the title "Lord Protector". Cromwell was a transformative figure in British history, his rule was effective but bloody. In particular, his Irish military campaign was brutal, even for the time, and involved multiple massacres. He violently suppressed Catholicism in both England and Ireland. Even to this day, Cromwell's name is cursed in Ireland for what he did. 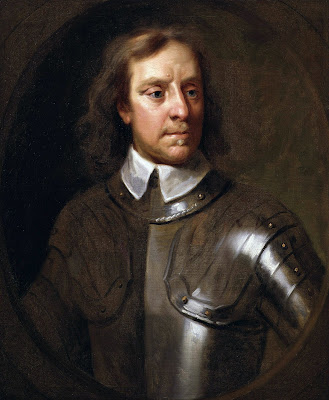 Cromwell died of natural causes in 1658. Soon after, Charles' I son, Charles II, swept back into power and England's experiment with republicanism was at an end. Expediency meant that Charles II pardoned many Parliamentarians, but there was no forgiveness for the 59 commissioners who signed Charles I's death warrant. Understandably, Charles II wanted vengeance on those who'd killed his father. The fate that awaited the regicides was worse than torture and execution; they were to be hung, drawn, and quartered. Knowing this, many of them fled, some to Europe, but some fled to the new colonies in America. 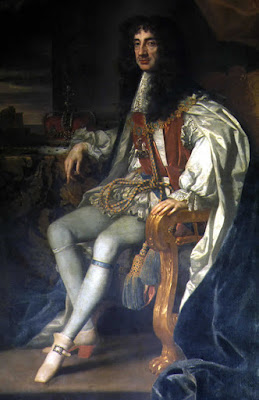 One of the regicides, William Goffe, escaped to the New England colonies, starting off in Boston, then moving to Connecticut and then to central Massachusetts. Charles II sent secret agents to track all the regicides down, in effect, they had a license to kill. If Goffe was caught, he might be killed on the spot if he was lucky, if he was unlucky, he could expect unbearable torture before he was executed. To avoid Charles's agents, Goffe went into hiding in the town of Hadley, Massachusetts.

The angel of Hadley

Legend has it that on September 1st, 1675, Hadley was attacked by Native American forces. The villagers responded to fight off the attack, but having no military experience, their defense was ineffective. It looked as if the village would be lost and destroyed.

Out of the confusion of battle, an old white-haired man appeared and took charge - none of the villagers had seen him before. He rallied and organized the villagers into an effective battle formation, and together, they managed to fend off the attack. The white-haired angel saved the village, but he vanished as soon as the battle was won. He became known as the 'angel of Hadley' for saving the town. 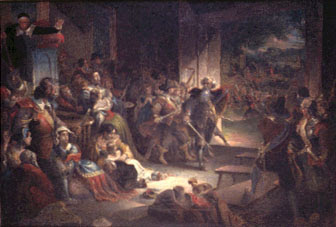 After the battle, Goffe went back into hiding with good reason. Charles' agents were still looking for him. He's rumored to have died in New Haven in 1680, though there are other accounts of him living and dying elsewhere in New England.

Let's apply the heroes or villains model to the actors in this story and see how it holds up.

Goffe saved Hadley from destruction, therefore he's a hero. But only from the point of view of the white settlers in Hadley. If you were a Native American opponent, Goffe stopped your forces from retaking land that was rightfully yours, so he's a villain. If you were a Royalist, then Goffe was a villain because he signed Charles I's death warrant, but if you were a Parliamentarian, he was a hero.

What about Cromwell? To many in England, he's a hero for his strong leadership and military prowess, but to the Irish, he's a villain; a bloodthirsty tyrant who massacred the population and violently suppressed Catholicism.

Let's take another English example. On June 7th, 2020, protestors in the English city of Bristol pulled down the statue of Edward Colston (1636-1721) and threw it into the harbor. They were objecting to Colston's involvement in the slave trade where he made most of his money. Later in life, Colston became a philanthropist who donated large sums of money to support schools, hospitals, and almshouses, especially in the Bristol area. Because of his philanthropy, the people of Bristol erected a statue of him in 1895. 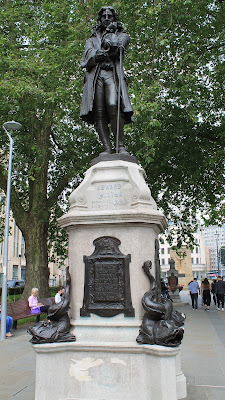 Is Colston a goodie or a baddie? If you look at his involvement in the slave trade, he's definitely a baddie. If you look only at his philanthropy, he's a goodie. But as you can tell, I think the goodies or baddies model doesn't work at all. Edward Colston was both and neither - reducing him to wholly goodie or baddie is absurd.

Similarly, the model breaks down for historical greats like Churchill, who did both good things and questionable things. By unthinkingly applying a goodie and baddie model, we're preventing ourselves from reaching a deeper and richer understanding of historical people and events.

The goodies and baddies model has a use though. It generates outrage which in turn helps sell newspapers and increase ratings. It's a handy culture war tool to beat your opposition with. Most of the press coverage of the Colston statue saga focused on politicians condemning the protestors (goodies and baddies again). But what about discussing whether the statue should be there at all in the 21st century? Any criticism of Churchill is often met with a fierce response but was Churchill always and in every decision and action a goodie? Is anyone? Outrage displaces critical thinking, which may be the point.

Rather than label people goodies or baddies, it's better to ask what and why. What caused the English Civil War? Why did the victorious Parliamentarians execute Charles I? Why did Goffe believe what he believed? Why was the Colston statue still in place in 2021 and why was it erected in the first place when his role in slavery was known?

These are deeper and less emotional topics, but if we want to truly understand history, we need to move away from a simplistic goodies and baddies model to an understanding of the times people lived in and the rich complexities of their actions. No one is wholly good or bad, and we shouldn't expect them to be.

Posted by Mike Woodward at 7:22 AM No comments: