Imitation is not the sincerest form of flattery

Prior to the pandemic, I wrote a thought piece on data science. It compared the work of data science to building Lego models and called back to some of my childhood memories of building Lego models with my brothers. I deliberately wrote it to have a slightly dreamy and nostalgic quality. I was very pleased with the finished piece and I referenced it from my LinkedIn profile. You can read it here: https://www.truefit.com/blog/Data-is-the-New-Lego.

The other day, I was thinking about this piece and did a Google search on it. I found someone had plagiarized it. They'd taken the whole article and replaced a few sentences with their 'own' work. They'd even used the same type of images I did. It was pretty much a word-for-word copy (to be clear: it's blindingly obvious this is a direct copy of my work). Of course, they didn't acknowledge my piece at all. What was truly galling was a comment someone had made calling the piece insightful. The plagiarist replied commenting that they were glad they liked it. 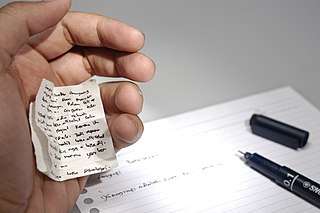 The plagiarist has several other pieces on Medium. I have no idea if they copied the other pieces too. They're studying data science and on their profile, they say they want to tell stories with data. Perhaps the biggest story they're telling is that they cheat and take credit for other people's work.

The borders of originality

In this case, the copying was a blatant lift of my work, but other cases are more difficult. There's a nuanced question of what's plagiarism and what's not, for example, many people have written stories about time machines after H.G. Wells, are they all guilty of plagiarism?

What have I done?

It also set me thinking about the interview process. I've looked at people's Github pages and their portfolios. Up to now, it didn't occur to me that people might blatantly cheat. After this experience, I'm going to up my checks.

Posted by Mike Woodward at 2:07 PM No comments:

What brown M&Ms can tell you about a company

I was reading an old story on the internet and it struck me that there's something I could learn from it about diagnosing company culture. I'll tell you the story and show you how small things can be very revealing.

Here's a quote from David Lee Roth’s autobiography, Crazy from the Heat, that tells the story.

"Van Halen was the first band to take huge productions into tertiary, third-level markets. We’d pull up with nine eighteen-wheeler trucks, full of gear, where the standard was three trucks, max. And there were many, many technical errors — whether it was the girders couldn’t support the weight, or the flooring would sink in, or the doors weren’t big enough to move the gear through. The contract rider read like a version of the Chinese Yellow Pages because there was so much equipment, and so many human beings to make it function. So just as a little test, in the technical aspect of the rider, it would say “Article 148: There will be fifteen amperage voltage sockets at twenty-foot spaces, evenly, providing nineteen amperes . . .” This kind of thing. And article number 126, in the middle of nowhere, was: “There will be no brown M&M’s in the backstage area, upon pain of forfeiture of the show, with full compensation.”

So, when I would walk backstage, if I saw a brown M&M in that bowl . . . well, line-check the entire production. Guaranteed you’re going to arrive at a technical error. They didn’t read the contract. Guaranteed you’d run into a problem. Sometimes it would threaten to just destroy the whole show. Something like, literally, life-threatening."

In other words, the no brown M&Ms clause was a simple compliance check that the venue had read the contract and taken it seriously. It was an easy test of much deeper problems. 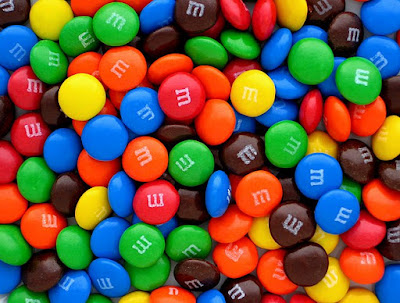 (This would fail the test - there are brown M&Ms! Evan-Amos, Public domain, via Wikimedia Commons)

The brown M&Ms story shows that something simple can be used to uncover a fundamental and harder-to-check problem. The same idea appears in Poker too - it's the ideas that players have "tells" that reveal something about their hands. It occurred to me that over the years, I'd seen something similar in business. I've seen cases where companies have made sweeping statements about culture but small actions have given the game away. Unlike the Van Halen story, the tells are usually unintentional, but nonetheless, they're there. Here are some examples.

Our onboarding is the best, but we won't pay you

Years ago, I worked for a company that made a big deal of how great its onboarding was; the CEO and other executives claimed it was "industry-leading" and praised the process.

When I was onboarded, the company messed up its payroll and didn't pay me for a while; way past the legal deadline. I asked when it was going to be resolved and I was told I should "manage my finances better". I later learned this was a common experience and many new employees weren't paid on time, the "manage your finances better" was the stock response. In one extreme case, I know someone who wasn't paid for over two months.

As it turned out, this was a brown M&Ms case. It indicated profound issues at the company and in particular with the executive team; they were too remote from what was going on and they really weren't interested in hearing anything except praise. It took me and others a long time to discover these issues. The brown M&Ms should have warned us very early that something was quite broken.

I'm too important to talk to you

At another company, a new C-level executive joined the organization and there was a long announcement about how great they were and how they exhibited the company values, one of which was being people-centric. I reported into the new person's organization.

One day, early on in their tenure, the new C-level person visited the office I was working at. They walked straight by me and my team without stopping to say hello. During the week they were with us, they didn't meet or talk with any of us. They even managed to avoid being in the break room at the same time as the little people (and people tried very hard to meet the new executive). On that visit, the new C-level person didn't meet or say hello to anyone below vice-president level. Later on, they gave a talk to their organization that included a discussion of the necessity of connecting with people and how it was important to them.

I didn't see many of their other actions, but this was very definitely a brown M&M moment for me. I saw trouble ahead and left the company not long after, and I wasn't the only one.

My last example is actually about candy.

I worked for a company that provided candy and snacks. It was very proud that what it provided was top quality, and I agreed; it really did provide great treats. The company presented the top-quality candy and snacks as a way of showing how much it valued its employees; we were told that we got the best because we were valued.

You can probably guess what happened next. The snack and candy brands went from well-known brands to own-label brands, while the company insisted that nothing had changed. After a few months of own-label brands, the candy and snacks stopped altogether, and the company never said a word. A number of other things happened too, including worse terms and conditions for new employees (less leave etc.), more restrictions on travel, and fewer corporate lunches, but these were harder to see. The company started valuing employees less and the treats and candies were only the most visible of several actions that took place at the same time; they were the canary in the coal mine.

What can you do?

Small issues can give you a clue that things are deeply broken in hard-to-detect ways. You should be on the lookout for brown M&M moments that give you advance warning of problems.

As an employee, these moments provide insight into what the company really is. If the M&M moment is serious enough, it's time to think about employment elsewhere even if you've just started.

As an executive, you need to be aware that you're treated differently from other people. You might not experience the brown M&M moment yourself, but people in your organization might. Listen to people carefully and hear these moments; use them to diagnose deeper issues in your organization and fix the root cause. Be aware that this is one of the few moments in your life you might get to be like David Lee Roth.

Posted by Mike Woodward at 8:12 AM No comments: