A couple of times in my career, I’ve come across people using a strategy to gain short-term power: keeping knowledge and skills to themselves, otherwise known as knowledge hoarding. Unfortunately for them, it doesn’t work in the long term anymore. I'm going to start with some examples, then suggest how you might differentiate between an area that's genuinely hard and when someone's knowledge hoarding, before finally giving you some suggestions on what to do if you find it on your team. 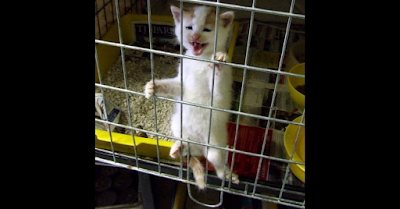 I worked with someone who had developed some in-depth knowledge of a particular technology. I needed his help with a project and I needed his in-depth knowledge. He wouldn’t share what he knew, claiming that the technology was highly complex and difficult to understand. He insisted that he had to do the work if it was done at all, and that I needed to tell his manager how valuable he was. I later heard from others in the organization that he’d taken the same approach and that they’d caved in to him. Some managers started to believe that the technology really was as complex as he said. Fortunately, I knew enough to get started without him. After some diligent Internet searching, I found what I needed and completed my project without assistance. Unfortunately for my colleague, not too long after this, there were a couple of books published on the technology, which turned out to be much more straightforward than he claimed. His unique knowledge disappeared and his boast of enhanced value to the company evaporated within a few months. His career subsequently stalled; he was relying on his ring-fenced knowledge to give him an advantage and his prior behavior came back to haunt him.

Much later in my career, when I was older and wiser, I came across something similar. Someone two years out of college was working on a commercial tool we’ll call X. X had a sort-of programming language that enabled customization. The recent graduate claimed that only he could understand the language and only he could make the changes the company needed. This time, I didn’t even bother pursuing it. I had my team completely bypass him using a different technology. Had the recent graduate been more open, I would have gladly included them on my project and they would have been cross-trained in other technologies, instead, they ended up leaving to go to a company that used X. Problem is, X has a very small market share (< 5%) and it’s shrinking.

Over the years, I’ve seen the same story play out a number of times. Someone has knowledge of a system (e.g. Salesforce, CRMs, cloud systems, BI, sales analytics, network cards) and claims the area is too complex or difficult for others to understand and that they need to be the point person. But it always turns out not to be true. The situation resolves itself by the person leaving, or a reorganization, or a technology change or something else - it always turns out that the person was never as vital as they claimed. Ring-fencing knowledge to protect your position seems to work in the short term, but it fails spectacularly in the long run.

Of course, there are skills that are difficult to acquire and do provide a barrier to entry into an area. Good examples are statistical analysis, machine learning, and real-time system design. What’s noticeable about all of these areas is the large amount of training content freely and easily available. If you want to learn statistics, there are hundreds of online courses and books you can use. The only impediment is your ability to understand and apply theory and practice.

As a manager, how do you know if someone is ring-fencing knowledge to protect their position versus the area actually being hard? Here are the signs they might be ring-fencing:

Here are signs the area is actually hard:

From a management perspective, the best thing to do is stop knowledge-hoarding behavior before it starts. Ideally, there shouldn’t be a single point of failure on your team (a bus factor of more than 1). This means consciously focusing on cross-training (something the military does very well).  If you inherit someone showing this behavior, you need to make cross-training a priority and personally intervene to make sure it’s done properly. Cross-training will involve some loss of status for the person which you need to be sensitive to and manage well.

For some people, keeping skills and knowledge to themselves makes perfect sense, it’s a great way to enhance their value to their employer. For their colleagues, it’s not good behavior, and for their manager, it can be disastrous. For (almost) everyone’s sake, you should deal with it if it’s happening in your organization.

Posted by Mike Woodward at 3:08 PM