The Electoral College for beginners

We're coming up to the US Presidential election so it's time for pundits and real people to discuss the electoral college. There's a lot of misunderstanding about what it is, its role, and its potential to undermine democracy. In this post, I'm going to tell you how it came to be, the role it serves, and some issues with it that may cause trouble. 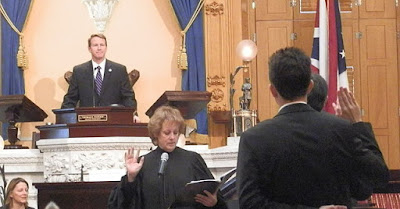 How it came to be

The thirteen original colonies had the desire for independence in common but had stridently different views on government. In the aftermath of independence, the US was a confederacy, a country with a limited and small (federal) government. After about ten years, it became obvious that this form of government wasn't working and something new was needed. So the states created a Constitutional Convention to discuss and decide a new constitution and form of government.

Remember, the thirteen states were the size of European countries and had very different views on issues like slavery. The states with smaller populations were afraid they would be dominated by the more populous states, which was a major stumbling block to an agreement. The issue was resolved by the Great Compromise (or Connecticut Compromise if you come from Connecticut). The Convention created a two-chamber congress and a more powerful presidency than before. Here's how they were to be elected:

Think for a minute about why this solution worked. The states were huge geographically with low population densities and often poor communications. Travel was a big undertaking and mail was slow. It made sense to send voters to vote on your behalf at a college and these delegates may have to change their vote depending on circumstances. In short, the electoral college was a way of deciding the presidency in a big country with slow communications.

By the late 19th century, all states were holding elections for the President and Vice-President through electoral college representation.

Each state has the following representation in congress:

In total, there are 538 electoral college votes:

The electoral college does not meet as one body in person. Electors meet in their respective state capitols and vote for President.

How electoral college votes are decided

How are electoral college votes allocated to states? I've talked about the formula before, 2 Senators for every state plus the number of House of Representative seats. House of Representative seats are allocated on a population basis using census data. There are 435 seats that are re-allocated every ten years based on census data. Growing states may get more seats and shrinking states fewer. This is why the census has been politicized from time to time - if you can influence the census you can gain a ten-year advantage for your party.

Faithless electors and the Supreme Court

Remember, the electors meet and vote for President. Let's imagine we have two Presidential candidates, cat and dog and that the people of the state vote for cat. What's to stop the electors voting for dog instead? Nothing at all. For many states, there is nothing to stop electors for voting for anyone regardless who won the election in the state. This can and does happen, even as recently as 2016. It happens so often, there's a name for them: faithless electors.

Have faithless electors ever swayed a Presidential election? No. Could they? Yes.

In principle, it's possible to gerrymander electoral college votes, but it hasn't been done in practice. Let me explain how a gerrymander could work.

The electoral college and representative democracy

Everyone knows that Hilary Clinton won the popular vote but Donald Trump won the electoral college and became President. This was a close election, but it's theoretically possible for a candidate to lose the popular vote by a substantial margin, yet still win the presidency. 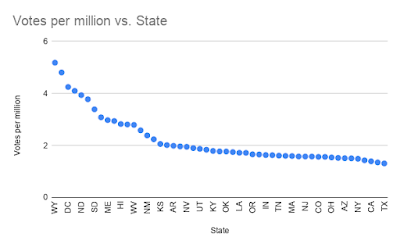 Here are two scenarios that are quite possible with the current system:

Neither of these scenarios is good for democracy or stability. There is nothing to prevent them now.

Who else uses an electoral college?

Given the problems with an electoral college, it's not surprising that there aren't many other cases in the world of its use. According to Wikipedia, there are several other countries that use it for various elections, but they are a minority.

Could the electoral college be changed for another system?

Yes, but it would take a constitutil change, which is a major undertaking and would require wide-spread cross-party political support. Bear in mind, a more representative system (e.g. going with the popular vote) would increase the power of the more populous states and decrease the power of less populous states - which takes us all the way back to the Great Compromise and the Constitutional Convention.

I hope you enjoyed this article. I intend to write more election-based pieces as November comes closer. I'm not going to endorse or support any candidate or party; I'm only interested in the process of democracy!