Sad! How not to create a career structure: good intentions gone wrong

I worked for a company that tried to do a good thing for people's careers and promotion prospects, but it back-fired horribly and ended up hurting more than it helped. I'm going to tell you the story and draw some lessons from it. Of course, I've changed and obscured some details to protect the guilty. 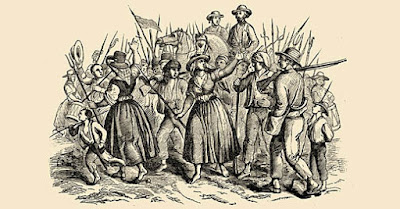 The company was a large corporation with several hundred software developers working in different divisions on different projects. There was a formal grade level for developers: a developer fresh out of college might be level 20 and an experienced and senior developer might be level 30. Each level had a pay band with a rigid cap, once you reached the cap, you could only get more money by promotion. The pay bands overlapped and people knew them. Everyone was keenly aware of their level and there was open discussion of who was on what level.

The problem was, the standards and levels were inconsistent across and within departments. Some departments and managers were known to be 'generous' and others were known to be 'mean'. Some developers moved departments as the only way to get promoted, but there were problems with this approach too. Some departments had one set of rules for pay and levels, while others had different rules. In some cases, developers tried to move to other groups to get a promotion, but they were offered jobs at the bottom of the pay band at that level, which unfortunately was less money than they were currently on. Managerial inconsistencies had bad consequences for individuals too. In one case, a person got a big promotion and their manager left not long after. Their new manager felt they were underperforming and that they had been over-promoted. Some managers promoted based on performance alone, but others insisted on time served on a level.

The bottom line was, there were substantial inconsistencies and inequities and the software engineers were unhappy.

Fortunately, there was an active learned organization that helped software companies. One of the things this very learned organization did was produce career guidance, specifically, it produced a career hierarchy showing what software developers would be expected to do at different levels of seniority. As with all management solutions, it was a matrix. There were different skills in different areas and some areas were only applicable to more senior positions. To put it simply, they'd mapped out a grading structure and the skills and responsibilities of each grade.

On the face of it, this sounded like a perfect solution for my employer: why not roll out this grading structure and use it to decide people's levels?

My employer took the skills/grades matrix from the learned society and mapped it to the internal levels 20-30. The idea was, you could see what was expected of you at your level and what skills you needed to develop and the responsibilities you needed to take on to get a promotion. Sounds great!

They published this guidance to all developers.

The majority of people were on middling grades (23-27) and this was incendiary to them. Many of the people were doing more than what was expected of them at their grade level. In many cases, they were meeting the requirements two levels above their current level. The net results were urgent discussions with their managers about immediate promotions.

The middling grades people were furious, while the high-grade people were laughing about it. It wasn't a happy mix and management had to step in to stifle debate to calm people down.

Senior management soon realized this was explosive, so they backpedaled quickly. The roll-out program was canceled due to unexplained 'deficiencies in the process' and it 'not meeting business needs'. A review was promised, which as you might expect, never happened. The subject became taboo and senior management didn't attempt any further reform.

Of course, this had its impact. The middling grades realized they had to leave to get career advancement and the senior people realized further advancement was unlikely. The people with get up and go got up and left.

What about the people on the lower grades? When the roll-out happened, they were very happy. For the first time, they had clear goals for promotion, and consistency meant they wouldn't have to leave their group to get promoted. They were upset when it was canceled because it was back to the old opaque system. When the review never happened, it dawned on many of them that the company wasn't serious about their futures.

Instead of being a positive change for the future, it set the company back several years.

Why did it go so badly wrong?

What problem was senior management trying to solve? There were two broad problems we faced as a company:

The leadership applied the right solution to the wrong problem.

Overnight fix to a long-standing problem

Inconsistencies had built up over the course of about a decade, and there were reasons why things developed the way they did. Partly, it was company culture.

As a general rule of thumb, entrenched problems take time to solve. Senior leadership plainly expected a magic wand, but that was never going to happen. They didn't put in enough effort post-launch to make the project successful.

This was the main problem. Senior leadership should have talked to software developers to understand what their concerns really were. In short order, listening would have brought to the surface the issues with current inequities and it would have shown senior leadership that the plan wasn't going to work. The fact that developers weren't involved in discussions about their own future was telling.

You can't put the genie back in the lamp. Senior management tried to brush the whole thing under the rug very quickly when it was apparent it was going wrong, which was the worst response they could have made.

How should they have dealt with it?

Hindsight is a wonderful thing, but knowing what I know now, here's how I would have dealt with this situation differently.

Posted by Mike Woodward at 7:42 AM