How to grow a market segment

I'm going to tell you how I grew a market segment from almost nothing to multi-millions. It's kind of an instruction manual if you're trying to grow a new segment within a larger business and I hope you find something useful in it. I'm going to be deliberately vague about the segment and the company and I've obscured some of the details. 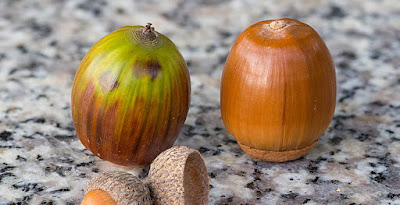 A few years ago, I was working for a large company that produced products that could be used in many different industries. Part of my role was to find new business segments to sell into, but I had no budget to research or grow segments. On the upside, I had access to a large team of very good salespeople and sales engineers.

The first job was to find the market segment to sell into. I was friendly with one of the company's very experienced sales engineers. He knew what I was trying to do and suggested a market he was very familiar with. We'd had this conversation before and I was skeptical. This time, I decided to take a closer look.

I didn't fully understand the market segment, but my friend was correct. The company's products had sold into this segment. They'd sold because my friend had customized the products for that market and developed a sales pitch that worked. He'd largely been ignored and was the only person who sold into the market. Bottom line: there was maybe something there.

How does this market work?

To sell into a segment, you need to:

I needed a crash course in understanding the segment and I needed prospective customers to tell me their pain points.

Fortunately, there was a major trade show/conference coming up and I went to it. I got the speaker list and identified over ten people who I thought could help. By guessing emails, I reached out to them and asked for an informational interview at the conference. Of course, not everyone responded or talked to me, but I got enough feedback to understand how my company's products could fit and I understood the pain points.

This is the piece that gets all the attention, but it shouldn't. Lots of people are spilling lots of ink talking about market sizing and offering paid-for sizing products. I found no one who could give me a good market size for my new segment; they could offer me details on some aspects of the market, but not the ones useful to me. In the end, I found the best market sizing data came from free resources on the web. I coupled this data with my own analysis, viewing the segment in different ways and calculating different sizing estimates. I got slightly different estimates of market size, but the difference was immaterial, the segment was big enough to be profitable.

I wanted the sales team to sell, but they were skeptical. Their belief was, the experienced sales engineer could sell the story to the segment, but no one else could. I needed to change this perception. I also needed to gather customer proof that the product worked in the segment.

One of the salespeople told me of a well-known company that had bought the product for use in our new market segment. There were some things that weren't ideal about their use of the product, but it was a start.

Fortunately, about this time I had a new SLR camera and was experimenting with photography. I was also doing a part-time management degree and had chosen a business writing option. Putting both together, I flew out to the customer and interviewed them for a case study, taking photos to illustrate the piece. Normally, this would be done by a writer, but because this was so new, I wanted to take control. I wrote up the case study and my company published it. I had my first piece of marketing content for my segment.

Not long after, I found another segment customer who was using the product. We asked about a case study, but they gave a firm no. We then asked if we could do a ghost-written article that would appear in their name and that they would have editorial control over ('nothing published without your consent'), they said yes, and we found a trade magazine that would publish the story. Once again, I flew out and interviewed the customer. I wrote up the ghost-written article, but I did it carefully and subtly; my company's product wasn't the biggest feature of the piece (it was a quarter or less) and other company's products were mentioned in the article too. The goal was to establish credibility, and the piece succeeded brilliantly. The customer was hugely pleased with the article, to the extent that the person I interviewed took credit for writing it. I submitted the piece for part of my writing class and got an A grade.

I did this a couple of times and ended up with several pieces of content, crucially, they included usable customer quotes (not by accident). 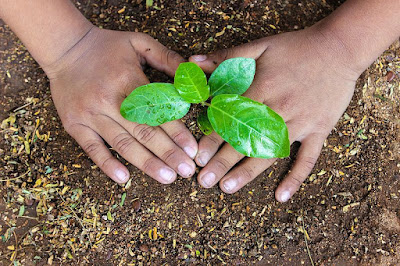 By this stage, I had marketing content to help sell the product and I had a known segment user base. The next step was to convince the sales team to sell and for sales engineers to help sell it.

Salespeople have quotas to fulfill so they have to be extremely careful about how they fill their time. This means they can be very suspicious about new market segments; they don't know if it'll be worth investing their time.

Sales engineering management decided to invest in the segment and started to train some sales engineers in how to sell to it.

Salespeople started to get interested in selling into the market. I created some sales presentations for them, and of course, they had the case studies to use.

The engineering team had other priorities and was unable to customize the product for the segment, but I needed some good demos. Fortunately, my sales engineer came to the rescue again. He had developed a number of demos that worked very well. Another sales engineer had developed some simpler models too. Collectively, we had enough to do something, but the packaging was bad.

Because I have an engineering background, I was able to create a form of product customization that combined the existing demos. In effect, it was a shadow product. We put the product online on the company's website, for free, in exchange for registration. In other words, we had a lead generation tool based on a free product.

Now we had demos and a website, we ran a series of webinars to drive traffic to the shadow product website. The leads went through the standard process and were handed to sales. Bear in mind, by this time, we had a sales deck, demos, and the sales team and sales engineers could sell into the market. 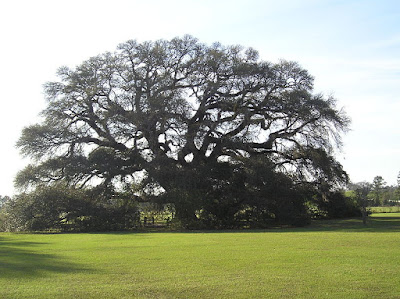 Big boys can be bad boys

I did learn a negative lesson in this process. There were a couple of large and prestigious companies in this space. While we were selling into the smaller companies, I faced no political interference, but that changed as soon as we had a big fish on the hook.

I visited a group in a very large and well-known company to talk to them about the market segment. Before visiting the group, I was warned they were doing weird things and had a reputation for giving people the run-around. But what they wanted to do was cool. I came back to the office with a positive message about the big company.

As soon as people found out who the large company was, they wanted to be involved. I went to a meeting where 15 people sat around discussing the sales strategy. Soon, I was cut out of the discussion as more and more strategy meetings were held. The meetings were divorced from reality because no one in them had spoken to the account. However, the meetings were high-profile.

Sadly, the warnings turned out to be right. The group really was doing weird things, and soon they moved on and forgot they'd ever spoken to us. The strategy meetings died off after a month or two as it dawned on the attendees that the opportunity wasn't going anywhere.

After that, I was skeptical of large players. I purposefully downplayed large accounts and kept things technical.

I had a very limited background in the segment, but I found I had developed some useful knowledge through this market-building process. I ended up speaking at a segment conference and running an IEEE tutorial. It was bizarre speaking on industry panels next to people who had spent their entire careers in the segment.

Where did this end up?

The market segment went from being less than about $100,000 a year to several million $ per year. Sales reps went from ignoring it, to actively selling into the market, and we went from one sales engineer focused on it to several. We started with zero marketing pieces, and by the end, we had about 15 pieces of focused marketing content, including webinars, articles, and case studies.

Here's my checklist for growing a new segment:

Could I do this again?

I'm going to be honest with you. I got lucky. I benefited from a one-off combination of circumstances that let me succeed:

I owe a lot to that sales engineer, as does the company I worked for. Without him, this wouldn't have happened.

Could I do this again? Maybe. I tried again in a different company in different circumstances but had more limited success. Company politics really held things back.

Would I try and do it again? Yes, but. If you want to know what the 'but' is, you'll have to talk to me.

Posted by Mike Woodward at 8:07 AM