It's a mugs' game: corporate failures, ceramics, and t-shirts

One day, I'm going to write some laws of business. One of them's going to be: "any corporate initiative where mugs or other swag is given to employees is doomed to failure." Let me tell you some sorry tales that led me to my law.

I worked for a company where employee engagement was becoming an issue. At the time, the management fad was harnessing employee ideas to move companies forward. The company held an all-hands meeting where we were told about a new corporate initiative; we (the staff) were all going to have ideas about how the company could make more money. To show how serious the executive team was, they gave us all mugs. The mugs said "I'm Making A Difference" (MAD), had a pterodactyl on them, and the company name at the bottom; though what the MAD logo and the pterodactyl had to do with anything was never explained.  In the few sessions we ever had to discuss ideas, the staff focused on better management, which the executive team didn't like very much.  The mugs were the only part of the scheme that lasted. 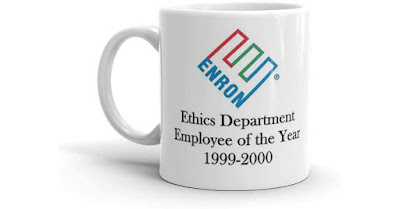 (Enron mug available from Amazon. I never worked for Enron!)

At another company, there was severe competitive pressure, so the company created a development team whose mission was to create a competition killer. Close to the killer's release date, the people on the team were given mugs (which were actually really cool) and posters. Unfortunately, the killer failed miserably in the market. Much later, I found out that there were serious problems with the killer project prior to release, which led to poor team morale. The mugs and posters were a failed attempt to turn things around.

As I've written elsewhere, I was at a company where a quality project imploded massively. When it became obvious the initiative was failing, the leadership floated ideas to revive the project, which, as you might have guessed, included giving staff mugs with the quality standard's name on them.

By this stage in my career, I was starting to see the link; only failed projects and initiatives hand out mugs. (A mug from 3,700 years ago - maybe the ancient Greeks had failed projects too. Image Credit: British Museum. License: Creative Commons.)

Fleeces are the new mugs

But, as it turned out, mugs=failure wasn't entirely true. I've seen an exciting trend over the last few years. Instead of giving out mugs, companies have started to give out t-shirts or occasionally, fleeces or backpacks. In some cases, I've seen t-shirts with project logos, but more often than not, they're just corporate t-shirts. When it comes time for a quick morale boost, nowadays it's generic corporate swag all the way.  Maybe I should change my law to "giving out corporate swag might indicate impending failure". 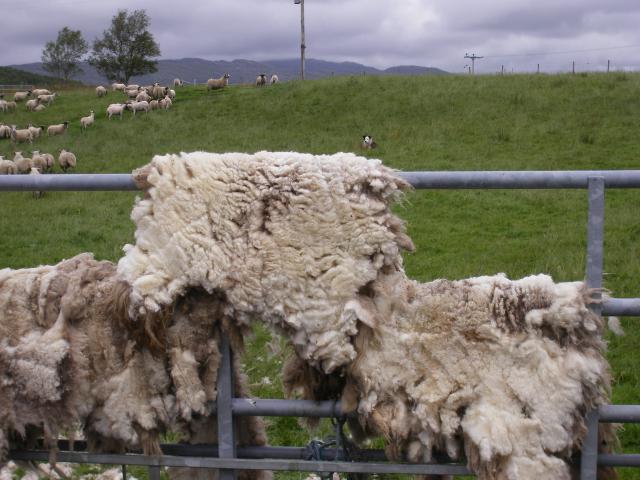 I'm guessing that when the COVID-19 pandemic abates, there will be a large increase in companies giving their staff mugs, or t-shirts, or fleeces, or backpacks. This is swag as heroin for morale.

I know I'm being unfair to mugs and swag in general here, they're a symptom of diseases, but not the cause. The diseases are mismanagement, poor communication, and failed projects. Mugs and corporate swag are often an attempt at boosting morale when things are going too badly wrong to ignore. Unfortunately, swag isn't enough, and sometimes, it's the wrong thing to do - which is why I've come to associate mugs with failure.

Instead of marking a new beginning, mugs often mark the end; they become tombstones, not birthstones.

Posted by Mike Woodward at 1:43 PM