It’s a sad thing when people you admire turn out not to be what you thought they were andwhen you find out your heroes have feet of clay. I had an experience like that a few years ago and it taught me a lot. 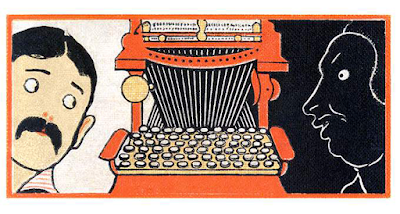 I worked for a company that decided to go for object-oriented technology in a big way. They hired a team of people to design and build components that the lesser people (e.g. me and my colleagues) would snap together to build systems more quickly. Let’s call this team Team X and the team leader Mr. Y. Team X was to be a team of superstars leading the company forward.

I admired Team X and Mr. Y greatly. They had all the skills I wanted and every time I walked past them, they were diligently designing systems; I was impressed by their energy. I used to chat to them once a week and they used to like it because I was so clearly in awe of what they were doing. Mr. Y was at great pains to show me their work, though it was plain I didn’t understand it.

Some time passed and I had the opportunity to learn object-oriented programming. I did a design course on UML, and I learned C++ and became familiar with all the key tools. I put a huge amount of effort in and went from knowing nothing to knowing a lot in a short space of time.

It had been a while since I dropped in on Team X and Mr. Y, so I said hello. As before, Mr. Y showed me their designs and work. This time, I knew about object-oriented design. Unfortunately, I immediately spotted several mistakes in their design and several places where their approach would have been very inefficient. I was foolish enough to point them out. At first, Mr. Y conceded I was right, but as I pointed out more problems, he got irritated. Eventually, I realized I wasn’t welcome anymore and left. I didn’t stop by and chat again.

After this, Team X locked down their designs and prevented anyone from viewing them, they even angled their screens away from people passing by so no-one could see their work. They stopped communicating. In the meantime, after chatting with my boss, I realized Team X didn’t know what they were doing. My boss counseled me to keep quiet and say nothing, which I did after some moaning. He told me my chances of getting real change were zero and that I would just damage my reputation by speaking out.

About six months later, Team X was all laid off. The company gossip was, they’d been employed for two years and produced absolutely nothing of value, not a single piece of executable code. The company got nothing for several people’s efforts over the entire time.

Ironically, the only group that actually produced an object-oriented system was the group I was in. We used C++ to create useful systems that actually did something, and we produced the systems in a few months with just a handful of people, none of whom claimed to be a superstar. We didn't do the huge analysis Team X did, we just built systems to meet our customers' needs.

What were my takeaways from all of this?