Inventory: your job may depend on how it's managed

Why should you care about inventory?

For your own job security, you need to understand the financial position of your employer. Their true financial position will govern your pay and promotion prospects. Long before they affect your job, you can spot looming signs of trouble in company financial statements. Learning a little of accounting will also help you understand news stories as we'll see. In this blog post, I'm going to talk about one of the easiest signs of trouble to spot, inventory problems. Because it's always fun, I'm going to include some cases of fraud. Bear in mind, innocent people lose their jobs because of inventory issues; I hope you won't be one of them. 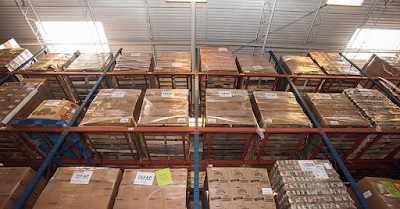 Inventories are items held for sale or items that will be used to manufacture products. Good examples are the items retailers hold for sale (e.g. clothes, food, books) and the parts manufacturers hold (e.g. parts for use on a car assembly line). On a balance sheet, inventory is listed as a current asset, which means it's something that can be turned into cash 'quickly'. There are different types of accounting inventory, but I won't go into what they are.

Inventory changes can be benign but can be a sign of trouble. Let's imagine a bookseller whose inventory is increasing. Is this good or bad?

Obviously, things are more complex than I've described here but we have enough of the basic ideas, so let's get to the fraud stories.

OM Group produced specialty chemicals from raw materials, including cobalt. In the early 2000s, cobalt was mostly sourced as a by-product from mines in the Democratic Republic of the Congo, a very unstable part of the world. The price of cobalt was going down and OM Group saw a way of making that work to their advantage. Their first step was to use the LIFO method of valuing their cobalt inventory. The next step was to buy up cheap cobalt and keep buying as the price dropped. Here's what that meant; because they used LIFO, for accounting purposes, the cobalt they used in production was valued at the new (low) market price, so the cost of goods sold went down, so profitability went up! The older (and more expensive) cobalt was kept in inventory. To keep the business profits increasing, they needed the price of cobalt to go down and they needed to buy more of it, regardless of their manufacturing needs. The minute prices went up, or they started eating into inventory, or they stopped buying more cobalt, profitability would fall. To put it simply, the boost to profits was an accounting shell game.

As you might expect, the music eventually stopped. The SEC charged some of the executives with fraud and reached a settlement with the company, and there was a class-action lawsuit from some company investors. Unsurprisingly, the company later changed its name when the dust settled. If you want to understand how you could spot something like this, there's a very readable description of the accounting fraud by Gary Mishuris, an analyst who spotted it.

Manufacturing plants run best when producing at a constant rate, but market demands fluctuate. If demand reduces, then inventory will increase, something that will be obvious in a company's financial statements. How can a company disguise a drop in demand? One illegal way is through something called 'channel stuffing', which is forcing your distributors and resellers to take your unsold inventory so you can record it as sales.

Between 1995 and 2006, Vitesse Semiconductor used channel stuffing extensively to manage its earnings. It had an arrangement with its distributors that they could unconditionally sell back any chips they had bought and not sold. Here's how channel stuffing worked; if Vitesse needed to increase profits in a quarter, they would require their distributors to buy Vitesse' inventory. This would show up as an increase in Vitesse's sales for that quarter. At some point in the future, the resellers could sell the chips back to Vitesse. The chips themselves might never leave the warehouse, but might have been 'owned' by several different companies. In other words, short-term increases in profitability were driven by an accounting scam. 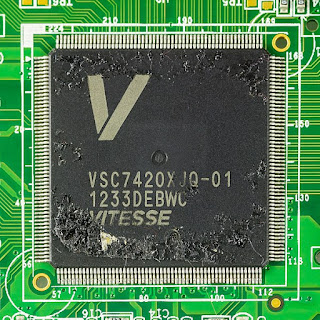 Of course, this is all illegal and the SEC took action against the company; the executives were indicted for fraud. Vitesse had to restate their earnings substantially downwards, which in turn triggered a class action lawsuit. This fraud has even made it into fraud textbooks.

I want to stop for a minute and ask you to think. These are entertaining stories, but what if you were an (innocent) employee of OM Group or Vitesse Semiconductor? When the SEC arrests the leadership, what are the implications for employees? When the accounts are restated and profitability takes a nose dive, what do you think the pay and job prospects are like for the rank-and-file workers?

A while back, I was chatting to a Brexit supporter, when a news report came on the TV; UK economic output had increased, but the increase had gone into inventory, not sales. Manufacturers and others were assuming Brexit would disrupt their supply chain, so they'd increased output to give them a buffer. I was horrified, but the Brexit supporter thought this was great news. After chatting some more, I realized they had no understanding of how inventory worked. Let's talk through some scenarios to understand why the news was bad.

In both scenarios, UK firms have incurred production costs earlier than their overseas competitors, which reduces their cash flow. 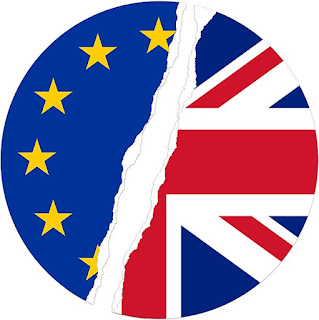 This is obviously highly simplified, but you get the point. None of these scenarios are good for firms or for workers.

If increasing inventory without sales is so good, why don't firms do it all the time? In fact, why bother with the pesky business of selling at all when you can just produce for inventory? The question seems silly, but answering it leads you to consider what an optimum level of inventory is. The logic pushes you towards just in time, which leads to an understanding of why supply chain interruptions are bad.

Your job security depends on the financial stability of your employer. If you work for a company that produces public accounts, you have an opportunity to make your own risk assessment. Inventory is one factor among many you should watch. Here are some things you should look out for:

Yes, some companies do produce fraudulent accounts, and yes, some do hide poor performance, but you can still take steps to protect your career based on the cold hard reality of financial statements, not on hype.

Posted by Mike Woodward at 1:05 PM