Over the past few months, I've blogged about elections and opinion polling several times. On October 8th, 2020, I gave a talk at PyData Boston on forecasting US presidential elections, and I thought I would bring these blog posts together into one convenient place so the people at the talk could more easily find them. 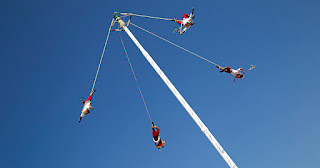 Can you believe the polls? - fake polls, leading questions, and other sins of opinion polling.

President Hilary Clinton: what the polls got wrong in 2016 and why they got it wrong - why the polls said Clinton would win and why Trump did.

Sampling the goods: how opinion polls are made - my experiences working for an opinion polling company as a street interviewer.

Who will win the election? Election victory probabilities from opinion polls - a quick derivation of a key formula and an explanation of why random sampling alone underestimates the uncertainty.

These blog posts provided some background on US presidential elections.

The Electoral College for beginners - the post explains how the electoral college works and how it came to be.

Finding electoral fraud - the democracy data deficit - the post looks at the evidence (or the lack of it) for vote fraud and suggests a way citizen-analysts can contribute to American democracy.

Silkworm - lessons learned from a BI app in Python

Faster Python BI app development through code generation - how I generated the code for the Silkworm project and why I did it.