Serial killer! How to lose business by the wrong serial numbers

Here's a story about how something innocuous and low-level like serial numbers can damage your reputation and lose you business. I have advice on how to avoid teh problem too! 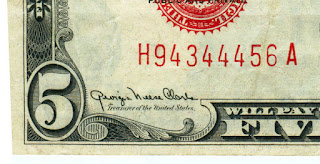 (Serial numbers can give away more than you think. Image source: Wikimedia Commons. License: Public Domain.)

Years ago, I worked for a specialty manufacturing company, its products were high precision, low-volume, and expensive. The industry was cut-throat competitive, and commentary in the press was that not every manufacturer would survive; as a consequence, customer confidence was critical.

An overseas customer team came to us to design a specialty item. The company spent a week training them and helping them design what they wanted. Of course, the design was all on a CAD system with some templated and automated features. That's where the trouble started.

Here's the point: customers can infer a surprising amount from your serial numbers, especially your volume of business.

Years later, I was in a position where I was approving vendor invoices. Some of my vendors didn't realize what serial numbers could reveal, and I ended up gaining insight into their financial state. Here are the rules I used to figure out what was going on financially, which was very helpful when it came to negotiating contract renewals.

The accounting tool suppliers are wise to this, and many tools offer options for invoice numbering that stop this kind of analysis (e.g. starting invoices from a random number, random invoice increments, etc.). But not all vendors use these features and serial number analysis works surprisingly often. 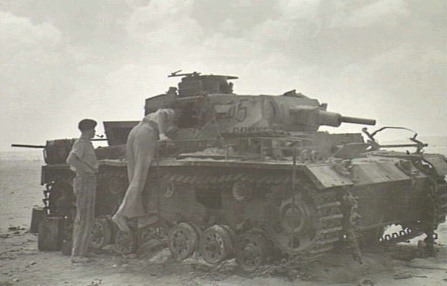 Serial number analysis has been used in wartime too. In World War II, the allied powers wanted to understand the capacity of Nazi industry to build tanks. Fortunately, German tanks were given consecutive serial numbers (this is a simplification, but it was mostly true). Allied troops were given the job of recording the serial numbers of captured or destroyed tanks which they reported back. Statisticians were able to infer changes in Nazi tank production capabilities through serial number analysis, which after the war was found to be mostly correct. This is known as the German tank problem and you can read a lot more about it online.

The bottom line is simple: serial numbers can give away more about your business than you think. They can tell your customers how big your customer base is, and whether it's expanding or contracting; crucial information when it comes to renegotiating contracts. Pay attention to your serial numbers and invoices!