Everything stops for tea

I was told this story years ago by those who were supposedly involved. I worked for the company concerned, but I'm not sure if it makes the story truer or not. In any case, it's a fun story with a subtle moral.

There was an IT department in a big company who were installing servers in an older building that didn't have dedicated server rooms or closets. Because there was nowhere else to put it, they installed a server in an office. The server was a typical innocuous beige box.

After a few weeks, there were reports of trouble in the building. Fairly regularly, e-mail and other services would go down for five minutes at about the same time of day. The IT department investigated. They checked the server configurations, but the configurations weren't to blame. They checked the cabling, but that was just fine. They checked network cards and routers, but everything seemed to be working as expected. During the whole investigation, the network kept on going down at around 10:30am for about 5 minutes, but there seemed to be no hardware or software cause.

In desperation, the IT department posted someone to sit by the server all day to watch what happened. 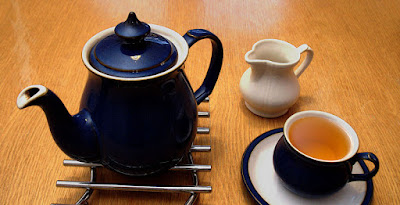 So the mystery was solved. The IT department put a notice on the server plug not to unplug it and identified the server as a server. The secretary found another, less convenient place to plug in her kettle, and the world moved on.

Bottom line: don't blame people for not being psychic - it's your responsibility to communicate.

Posted by Mike Woodward at 7:08 AM