It might seem like a good thing for a company to bring in a motivational speaker, but it needs thought as we’ll see. Let’s start with the bad because that’s always more fun. 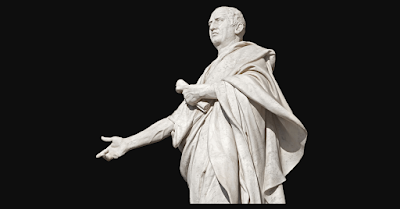 At one company I worked at, we had a talk given by a mountaineer who had climbed Mount Everest. They vividly described the struggle of the team to get to the top; the cold, the physical demands, the oxygen deprivation. The expedition got close to the summit, but some of the team were struggling and it was difficult to move forward together. The leadership made the decision to leave some of the team behind and make for the summit with just a handful. The small group made it to the summit and took their pictures at the top of the world. They celebrated their glorious achievement and the speaker spoke movingly of the elation they felt. Then they started to make their way down, meeting up with their colleagues they’d left behind. The speaker told us how bitterly disappointed the people who were left behind were. The leadership had to carefully manage relationships with those they’d left behind to get everyone off the mountain and safely back to base camp. Once they were back at base camp, it didn’t matter anymore because everyone dispersed.

It was a great talk delivered well, but…

The company I worked for at the time had a big thing about teamwork and carrying everyone with you. It was all about the collective way forward. But the talk seemed to have a couple of underlying themes; you need a big team to get to the top and if people are holding you back, you cut them loose so the high performers can achieve their goals. It seemed to me that the talk was completely at odds with the company’s values. Was the company now advocating that we leave people behind? As I heard this story, I wondered about the people in the audience, did they all identify with the group that made it to the summit, or did they think they might be in the group left behind? What does it mean to work in a company where you might be left behind so others can get to the summit?

A different company I worked for was having some trouble retaining staff but wanted to grow. At a company meeting, we had a speaker who had sailed in a major race. The speaker was great, he spoke about his impoverished background, how he stumbled across sailing but loved it. He told us how he sacrificed a great deal to afford to sail and how after years of struggle, he qualified for a major sailing event. He told us how hard the race was and the deprivations he suffered during it. But he also told us how elated he was when he finished and achieved his life’s ambition. His closing message was, you should never be content with where you are and that you should stretch yourself to achieve new goals, do new things, and go to new places. But...

One of my colleagues turned to me and said “did he just tell us to leave the company and go somewhere else?” I said that he’d just told us we could do better elsewhere. Both of us left the company within six months to get better jobs.

I had the great fortune to hear Mark Cuban and Adam Savage (from Mythbusters) speak at a company event for customers. They didn’t say anything that supported the company’s values but they didn’t say anything to contradict them either - they talked about their own subjects, Mark Cuban spoke about innovation and management and Adam Savage spoke about Mythbusters and what happened on set. It was great to hear them speak and great to get some insight into who they are. I left the event with a good feeling about the company - I was happy I’d had this experience and felt gratitude to my employer for providing it for me.

Recently, I heard a speaker talk about how their family had built a clothing company chain of stores around exemplary customer service. Their stores are extremely high-end, serving CEOs and others at the top of their professions. He told stories of associates driving to customer’s houses to deliver items, of clothing shipped out overnight across America so a CEO could give a TV interview looking his best, of tailoring services provided free to high-end customers to win their business. It was an awe-inspiring talk and fascinating to see how the family had consistently built their business. As you can tell, I loved the talk. I was fascinated by how well they’d aligned their tactical activities towards their strategic business goals; for me, it wasn’t about customer service, it was about aligning incentives and actions towards a clear end goal.

I’ve had the opportunity to think about the motivational speakers I’ve heard and the effect they’ve had on people. On the face of it, it seems like a great idea to bring in a compelling speaker, but as we’ve seen, it can go wrong. I recommend motivational speakers, but with qualifications.

Posted by Mike Woodward at 1:01 PM