What does cultural fit mean?

At a superficial level, company culture can be presented as free food and drink, table tennis and foosball, and of course company parties. More realistically, it means how people interact with each other, what behavior is encouraged, and crucially what behavior isn't tolerated.  At the most fundamental level, it means who gets hired, fired, or promoted.

Cultural fit means how well someone can function within a company or team. At best, it means their personality and the company's way of operating are aligned so the person thrives within the company, performs well, and stays a long time. In this case, everyone's a winner.

For a long time, managers have hired for cultural fit because of the benefits of getting it right.

Although cultural fit seems like a good thing to hire for, it has several downsides.

Hiring for cultural fit over the long term means that you can get groupthink. In some situations that's fine, for example, mature or slowly moving industries benefit from a consistent approach over time. But during periods of rapid change, it can be bad because the team doesn't have the diversity of thought to effectively respond to threats; the old ways don't work anymore but the team still fights yesterday's battles.

For poorly performing teams, hiring for cultural fit can mean more of the same, which can be disastrous on two levels: it cements the existing problems and blocks new ways of working. 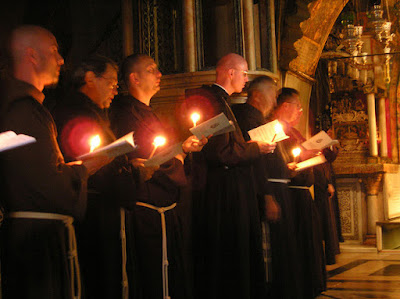 (Monks in a monastery are a great example of cultural fit. But not everyone wants to join a monastery. Abraham Sobkowski OFM, CC BY-SA 3.0, via Wikimedia Commons)

In contrast to cultural fit that focuses on conformity, cultural add focuses on what new and different things an employee can bring to the team.

Cultural add is not (entirely) about racial diversity; in fact, I would argue it's a serious error to view cultural add solely in racial terms. I've worked with teams composed of individuals from different races, but they all went to the same universities and all had the same middle-class backgrounds. The team looked and sounded diverse but their thinking was strikingly uniform.

Here are some areas of cultural add you might think about:

I'm not saying anything new when I say a good hiring process considers the strengths and weaknesses of a team before the hiring process starts. For example, if a team is weak on communication with others, a desirable feature of a new hire is good communications skills. Cultural add takes this one stage further and actively looks for candidates who bring something new to the table, even when that new thing isn't well-defined.

Square pegs in round holes

The cultural add risk is the same as any hiring risk: you get someone who can't work with the team or who can't perform. Even with cultural add, you still need to recruit someone the team can work with. Cultural add can't be the number one hiring criteria, but it should be a key one.

What all this means in practice

We can boil this down to some don'ts and dos.

Cultural add goes beyond the hiring process, you have to think about how a person is welcomed. I've seen teams unintentionally (and intentionally) freeze people out because they were a bit different. If you really want to make cultural add work, management has to commit to making it work post-hire.

After dinner one evening, the monks are silent for a while, then one monk says "23" and the other monks smile. After a few minutes, another monk very loudly says "82", and the monks laugh. This goes on for a while to the confusion of the two newcomers. The abbot whispers to them: "We've been together so long, we know each other's jokes, so we've numbered them to save time". The new monks decide to join in.

The cultural fit monk says "82" and there's polite laughter - they've just heard the same joke. The cultural add monk thinks for a second and says "189". There's a pause for a second as the monks look at one another in wonder, then they burst out in side-splitting laughing. Some of the monks are crying with laughter and one looks like he might need oxygen. The laughter goes on for a good ten minutes. The abbot turns to the cultural add monk and says: "they've never heard that one before!".

Posted by Mike Woodward at 6:16 PM