Why the polls failed in the US Presidential Election of 2020

In the wake of the widespread failure of opinion polls to accurately predict the outcome of the 2020 US Presidential election, the American Association for Public Opinion Research (AAPOR) commissioned a study to investigate the causes and make recommendations. Their findings were recently released. 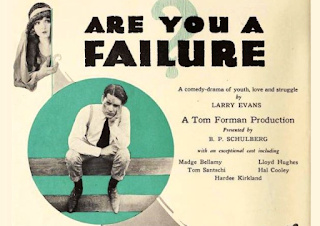 (This is the key question for 2020 opinion pollsters. The answer is yes, but they don't know why. Image source: Wikimedia)

I've read the report and I've dug through the findings. Here's my summary:

Yes, I'm being harsh, but I'm underwhelmed by the report and I find some of the statements in it unconvincing. I'll present some of their main findings and talk through them. I encourage you to read the report for yourself and reach your own conclusions. 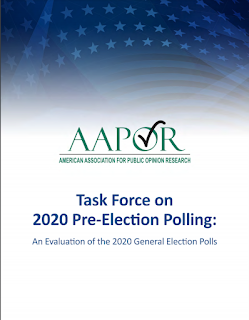 (We don't know why we didn't get the results right.)

Factors they ruled out for 2020

Factors they couldn't rule out

Here's a paragraph from the report:

"Unfortunately, the ability to determine the cause or causes of polling error in 2020 is limited by the available data. Unless the composition of the overall electorate is known, looking only at who responded says nothing about who did not respond. Not knowing if the Republicans (or unaffiliated voters, or new voters) who responded to polls were more supportive of Biden than those who did not respond, for example, it is impossible to identify the primary source of polling error."

Let me put that paragraph another way: we don't have enough data to investigate the problem so we can't say what went wrong.

Rinse and repeat - or just don't

I'm going to quote some sentences from the report's conclusions and comments:

Some of the report's statements are extraordinary if you stop and think for a moment. I want you to ponder the key question: "what use are polls"?

The people paying for polls are mostly (but not completely) political campaigns and the media. The media want to report on an accurate snapshot of where the election is now and make an assessment of who will win. Political campaigns largely want the same thing.

Polls are useful where the race is close, or, in the words of the report "semi-close". But, according to the report, polls in semi-close states don't have sufficient accuracy to predict the result.

So, if polls aren't useful in strongly Democratic or Republican states, and they lack predictive power in "semi-close" races, what use are they? Why should anyone pay for them?

There's an even deadlier issue for polling organizations. You can very clearly judge the accuracy of political opinion polls. Opinion poll companies run all kinds of polls on all kinds of topics, not just elections. How accurate are they in other areas where their success is harder to assess?

The polling industry has an existential credibility crisis. It can't continue to sell a product that doesn't work. It's extraordinary that an industry that's been around for nearly 100 years doesn't have the data to diagnose its failures. The industry needs to come together to fix its problems as soon as possible - or face irrelevancy in the near future.