Frequency hopping and the most beautiful woman in the world

Modern digital wireless systems rely on spread spectrum techniques. The story of how the most obvious of them, frequency hopping, was invented is not what you think. It involves a beautiful Hollywood actress (possibly the most beautiful ever), a music composer, and a dinner party. Let me tell you the story. 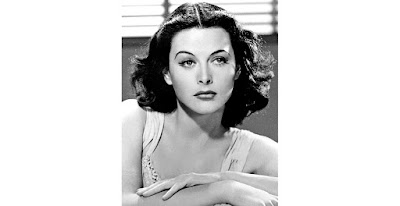 (The most beautiful girl in the world, and the inventor of modern communications.  Image source: Wikimedia Commons, License: Public Domain)

This woman lived an incredible life, if you get the time, read some of her life story. I'm just going to summarize it here.

Hedy was born Eva Maria Kiesler in 1914, in Vienna. Her parents were both Jewish, which was to play a part in this story. Her father was an inventor, which was also to be important.

In 1933, Hedy married Friedrich Mandl, an arms dealer with strong connections to the Nazis and the Italian fascists. Mandl was controlling and domineering. By 1937, Hedy knew she had to escape, so she left Austria and headed for the United States via London. Of course, she headed for Hollywood.

In Hollywood, she appeared in a number of films, some very successful, others not so much. The studios labeled her 'the most beautiful girl in the world' and marketed movies based on her beauty. She also actively and successfully raised millions for the war effort.

George was born in Trenton, New Jersey in 1900 to German parents and grew up bilingual. As a musician, he was strongly influenced by the emerging avant-garde music coming out of Europe, in particular, 'mechanical' music. He wrote music for piano, films, and ballets.

The dinner party and the piano roll

Hedy and George met at a Hollywood dinner party. They talked about the problem of radio-controlled torpedoes. Although a good idea, the controlling radio signals could easily be intercepted and jammed, or even worse, the torpedo could be redirected. What was needed was some way of controlling a torpedo by radio that could not be jammed.

George knew about automatic piano players, Hedy knew about torpedoes from her ex-husband. Together, they came up with the idea of a radio control where the radio frequency changed very rapidly; so rapidly, a human trying to jam the signal couldn't do it because they wouldn't be able to keep up with the frequency changes.  Here's a fictitious timeline example: 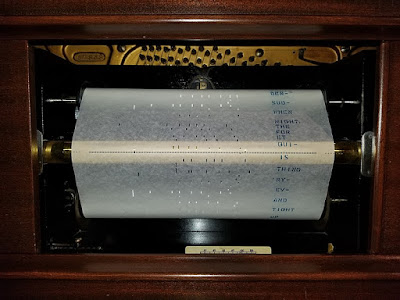 Hedy and George patented the idea and you can read their patent here.

Although Hedy and George thought of torpedoes as their application, there's no reason why you couldn't use the same idea for more secure voice communications.

The patent sat in obscurity for years. The idea was way ahead of the technology needed to implement it, so it expired before anyone used it. Hedy and George made no money from it.

By the 1960s, the technology did exist, and it was used by the US military for both voice communications and guided munitions. Notably, they used it in the disastrous Bay of Pigs Invasion and later in Vietnam.

Moving forwards to the end of the twentieth century, the technique was used in early WiFi versions and other commercial radio standards, for example, Bluetooth.

Frequency hopping isn't the only spread spectrum technology, it's the simplest (and first) of several that are out there. Interestingly, some of them make use of pure math methods developed over a hundred years ago. In any case, spread spectrum methods are at the heart of pretty much all but the most trivial wireless communication protocols.

Hedy and George lived out their lives and things continued for them as they had before.
George continued to write music and opera until his death at the age of 58.

Hedy's career had ups and downs. She had huge success in the 1940s, but by the 1950s, her star had waned considerably. She filmed her last role in 1958 and retired, spending much of the rest of her life in seclusion. She died at age 85.

When I first started to work in the radio communications industry, the Hedy Lamar story was known, but it was considered a bit of a joke. I'm pleased that over the last few years, her contribution has been re-assessed upwards. In 2014, she was inducted into the US National Inventors Hall of Fame - it would have been nice had this been done in her lifetime, but still, better late than never.

Posted by Mike Woodward at 2:12 PM