What is blame-free learning?

I’m going to suggest something that’s going to sound innocuous but is a radical and a major departure from the way many organizations are run. I’m suggesting a blame-free learning approach to deal with business failures - I’m advocating it at the corporate level and the personal level.

Here’s what I mean by blame-free learning:
Blame-free learning means approaching a failure with a spirit of solving the problem and preventing its re-occurrence, not finding blame. It’s about learning from what’s happened and not repeating it, all without finger-pointing. Blame pits people against one another, shuts down thinking, and creates a conservative and closed mindset. Blame-free learning means people can work together to resolve problems, it also means no-one gets off the hook.

Let me give you an example of a project gone wrong and two different responses.

A company is bidding for a large contract. To win the contract, the engineering team needs to make some changes to the product, the QA team has to test the product, and the data team has to supply the test data. Unfortunately, the engineering team deprioritized the work, leaving it to the last minute. The QA team manager got sick and didn’t delegate the task. The data team had scheduled a data migration just at the time when they needed to pull the data for the test. Finally, the salesperson had to attend a family wedding so couldn’t submit the RFP on time. The company loses the contract.

In a case like this, you might expect a post-mortem review to examine what happened (many companies don’t even do that). The post-mortem review could easily degenerate into finger-pointing with the most politically powerful group pinning the blame on the least powerful. It’s the search for a scapegoat. Everyone walks away aggrieved, knowing that this will probably come up in performance reviews later. Human relationships are damaged. 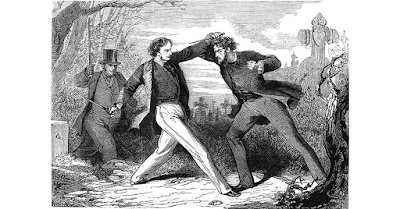 A blame-free learning approach refuses to apportion blame, but rather focuses on changes to the process and preventing the problem from recurring. The first step is to develop a shared narrative of what happened. This should be factual and neutrally written. In the example I gave you above, it might say “The QA Team Manager allocated the work to himself, but before he could execute it, he became sick and couldn’t work on the project. Because he was sick, he couldn’t delegate the work.” Participants in the post-mortem are forbidden from blaming anyone but instead are encouraged to think about how the problem can be avoided in the future - by changing processes for example. The result of the post-mortem might be instructions to managers to improve communications, proper setting of priorities, some overall project management, etc.

A version of this approach was used for the construction of Heathrow’s Terminal 5 building [OECD]. Typical large construction projects can end up quite adversarial, with the contractors pitted against project management to apportion blame and extract extra money. Heathrow airport’s operator, BAA had conducted research that indicated that no construction project of this size had been completed on time in the UK, the safety record of these types of projects were poor, and that quality standards were often not met. To get the project done on time, and on budget, BAA did things very differently. The contract had BAA assuming the risk, but with contractors incentivized to solve problems not engage in finger-pointing. Importantly, profits were negotiated and baked into the contract which meant that if a problem occurred, the contractors were incentivized to fix it quickly and maintain their profit margin rather than arguing. An issue with the air-traffic control tower construction illustrates the point. The steel towers were out by 9mm, but instead of blaming each other and litigating, the contractors were incentivized to work together to find a solution, which they did [Gil]. The construction work was completed on time and on budget.

I worked in a company with a very formal review system. Someone in a different group applied a process very rigidly and blocked my group from moving forward on a project. They wouldn’t budge and wouldn’t explain why. I had to escalate my issue to move my project forward, which we did. What happened next was enlightening. The person who wouldn’t budge came to see me and explained what was going on. They told me they had previously been marked down in the performance review system for being too flexible so they were scared of allowing any deviation from the process, that’s why they had stopped my project. They came to see me because they were terrified that they would be blamed this time for not being flexible - they begged me not to take the issue further. I told them I wasn’t out for revenge and I would drop the issue - the person looked immensely relieved. Blame was a huge part of the performance review system; it was effective at establishing control but hopeless at innovation and flexibility. My colleague learned one thing from the entire process: fear. They did change their process after this, but only just enough to let my project through, they stayed rigid, just in another way.

With blame-free learning, this would have played out differently. The person would have still blocked my project and I would still have escalated to get things moving, but my colleague wouldn’t be afraid of the review system and we could have had a constructive post-mortem review of how the process could be changed; maybe with a more flexible process that might have retained the original process goals but let other projects through as well as mine. We would all have walked out of this with good working relationships intact.

But what if I can't get everyone's buy-in?

You can do blame-free learning on your own. In fact, this might be the most productive way to do it. Imagine you have some kind of bruising experience at work, for example, a project was late or delayed or some other bad thing happened, also imagine there were several other parties involved, with a lot of blame to go round. You’re hurting and you want to lash out, so you blame others - which may well be correct, but it’s unhelpful. By blaming others, even if you’re correct, you lose the opportunity to learn. Here’s what I suggest in this case:
Yes, this is hindsight, but it’s not about apportioning blame to you, it’s about learning what you could do better in the future. You have the knowledge now that you didn’t have before, so you should be able to do things better. This is all about figuring out what you can do to change you.

[OECD] https://www.oecd.org/governance/procurement/toolbox/search/allocation-risks-during-construction-heathrow-airport-terminal-5.pdf
Posted by Mike Woodward at 7:19 AM