The longest journeys in the world

What are the longest journeys you could make by boat without crossing land, by land without crossing water, and by plane? The answers are a little surprising as we'll see. For comparison, the circumference of the earth is about 24,901 miles, so you'll get a sense of how far around the world you can go.

What's the longest distance I could sail in a straight line without crossing land?

Here's an image of the world using the typical Mercator projection. What would you say is the longest journey you could make over water in a straight line without crossing land? 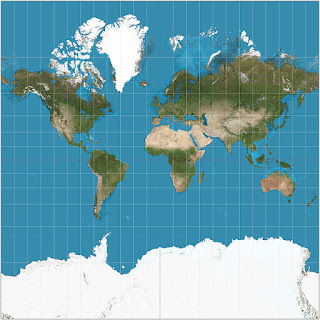 What if I told you this was the longest straight line journey.

The journey is 19,940 miles, so nearly all the way around the world. It starts in Sonmiani, Pakistan and ends in the Karaginsky District, Russia.

The reason why this path looks so 'kinked' is because of distortions introduced by mapping a 3d object onto a 2d surface and of course by the Mercator projection. If you look at the path on a globe, it becomes more obvious it's a straight line. Here's a YouTube video that shows an animation of the path.

This path was originally found by a Reddit user (Patrick Anderson, AKA kepleronlyknows) and then proved by Rohan Chabukswar and Kushal Mukherjee. It's a great example of ctizen science.

What's the longest distance I could walk in a straight line without crossing water?

Rohan Chabukswar and Kushal Mukherjee found the answer in their paper, here it is. 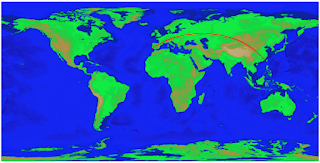 This isn't that surprising and the curve should be no surprise either, this is just a grear circle that's entirely on land. It's about 7,000 miles long, so much shorter than the longest sailing. It goes from Sagres, Portugal to Jinjiang, Quanzhou, China

The earth is round, so the furthest journey you could do is to the antipodes which is halfway round the world (12,450 miles). In reality, planes don't exactly follow great circles all the time, so we might expect even a journey to the antipodes to be a bit longer.

Here are the world's longest scheduled flights according to Upgraded Points:

At 9,537 miles, flights are not yet getting half way around the world.

Would you believe London to Kolkata, a distance of 10,000 miles, or even London to Sydney? Wikipedia has an entry all about it.

This one is easy, it seems like almost every pub quiz asks it. The longest single journey is of course the Trans-Siberian railway at 5,753 miles. The longest connecting journey goes from southern Portugal to Singapore and is around 11,653 miles.

This was surprisingly difficult to find the answer to. It's line 6 of the Chongqing Rail Transit, which come in at 53 miles. As you might expect, it's a relatvely new subway line (2012) and is rather sleek and modern.

An isochrone map shows travel time from a point, for example, how long it takes to get from London to various other places. The screenshot below shows how far from Marble Arch you could go in an hour. You can play around with isochrone maps on this great website: https://app.traveltime.com/. 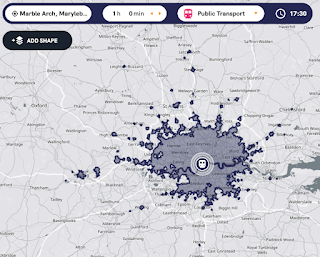 Depending on the state, the average American drives 14,263 miles per year (40 miles a day), which is over halfway round the world. If you wanted to go all the way around the world in a year, that would be about 70 miles a day.

Posted by Mike Woodward at 9:58 PM